Cricket has a huge number of fans around the world who awaits the thrilling tournaments. The whole year-round is packed with cricket leagues which is why the excitement never dies. Over the past years, the fan following of cricket has developed because of the sport’s popularity, thanks to the sensational leagues. If you are new to the cricket world, here are the top 5 most viewed cricket leagues you need to know.

The ICC Cricket World Cup is one of the most viewed sporting events in the world. It always comes first in the hearts of cricket fans. This flagship event of the sport only happens every four years but the wait is worth it for cricket fans as they watch their favourite ICC teams play in other tournaments.

The England cricket team is the champion of the 2019 edition after they defeated New Zealand. In 2023, the 13th edition of the Cricket World Cup is scheduled to take place in India.

The ICC Champions Trophy is dubbed as the ‘mini-world cup’. It was formerly known as the ICC Knockout Tournament in 1998 but changed its name to Champions Trophy in 2002. This tournament is held for two and a half weeks. Due to critical acclaim, thousands of people watch this league and they wait for the next edition to happen.

The Indian Cricket Team is the most successful team as they hold two titles in this tournament. Pakistan is the current champion after winning in the 2017 edition against Sri Lanka.

The Ashes is considered as the oldest cricket rivalry, played since 1882 by England and Australia. During the first Ashes in the 19th century, the Aussies thrashed the English team. A newspaper published a satirical obituary saying that the English cricket had died and its ashes will be taken to Australia. Therefore, the tournament has been named the Ashes because it is a ‘quest to regain the ashes’.

This Test cricket series is consist of 5 matches. England will be the host for the 2019 Ashes, while Australia is the current holder of the urn. There had been 77 Ashes series and the Aussies had the most wins.

The Indian Premier League is one of the most sensational cricket leagues in the world. Every iconic Indian cricketer we know like Virat Kholi and MS Dhoni had played in this league before having their breakthrough in the international cricket. Eight teams representing different cities in India compete in this league. It is broadcasted worldwide, bringing fans quality entertainment like no other.

The T20 World Cup is the flagship tournament of T20Is, played by 16 different teams every two years. It is unarguably popular as the crowd attendance growth is seen over the past years. There are countries that developed domestic tournaments inspired by this format such as the Stanford 20/20. In 2007, India won the inaugural title against Pakistan.

West Indies is the current titleholder of this tournament after winning in 2016. Sri Lankan cricket team’s Mahela Jayawardene has the most runs with an incredible score of 1016.

The next edition of the T20 World Cup is scheduled to take place next year, hosted by Australia. 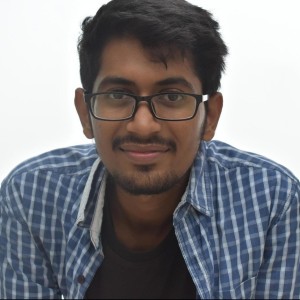 How to Write An Exceptional Award-Winning Entry For Corporate Awards